A downloadable visual novel for Windows, macOS, and Linux

Camp Ravenrock is a queer sci-fi/fantasy Summer school visual novel/dating sim. It also has slice of life elements, queer friendships, mystery, and adventure. There are characters of color, disabled characters, and queer characters of all stripes! There will be explicit mention and discussion of asexuality and aromanticism! The romance-able characters are all women, as is the player character.

The plot follows the nameable main character who is about to spend a month at a secret Summer school program for non-humans and partial humans. She has 31 days to spend on taking classes, skipping classes, exploring, making friends, dating, figuring out the world she's been thrust into, and potentially unravelling the hidden plot of the game.

Some of the game will be the same each time you play, but there is enough content that even for the demo you'll have to play at least 5 times to see most of it. You can choose some of what your character does, but there are also some random elements to make things more interesting.

I started working on Camp Ravenrock in 2015, but barely got anywhere with it. But I started working on it again in September 2017. When I discovered Yuri Jam in October 2017, I got the push I needed to keep going and release this demo. The world the game is set in is something I've been working on since 2007.

The demo covers the first five in-game days. This game is suitable for ages 13+. There is talk of sexual orientation and attraction, as well as some swearing, talk of trauma and bad family issues, and mildly suggestive content.

Right now this is a very demo-y demo. The backgrounds are almost all free assets that will eventually be replaced with original art. There will be CGs, more sprite expressions, edits to rushed sprites, mini games, more music and sound effects, as well as more visual representation of things going on in the text. I apologize for the crappy sketch that is the auditorium background right now.

This version of the demo has approximately 41,700 words, not all of which are accessible in the demo, certainly not on a single playthough.

Please email me at metaparadox11 AT gmail DOT com or comment below with any bugs, typos, plot holes, or nitpicks so I can fix them!

Also check out the Lemma Soft Forums post on this game: https://lemmasoft.renai.us/forums/viewtopic.php?f=43&t=46320

The menu seems really dysfunctional... If I try to save the game I get an error.

Thanks for letting me know! I'll look into why this is happening!

Fixed the save functionality. Hope it works for you too! 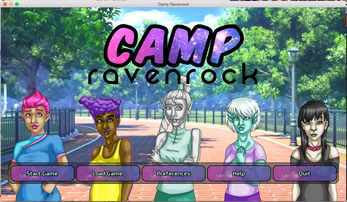 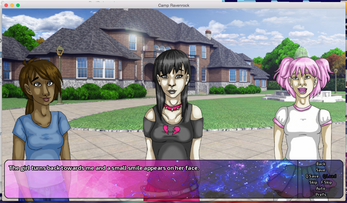 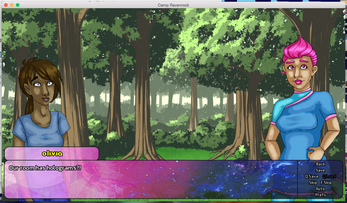 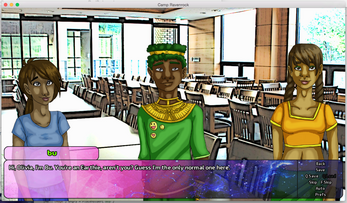 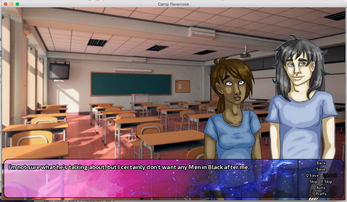